So even before being sent to LA for the Thor: Ragnarock red carpet event Thor was and has always been my favorite Marvel movie. It makes me laugh, it’s silly and for some reason that’s what I want to watch in a super hero movie. It just makes me happy. Ragnarock was so good. But as good as it was I do believe I enjoyed Love and Thunder just as much. That’s a lot because I kind of love Jeff Goldblum and he wasn’t in this one. But Taika was and he makes me so happy as well. I am a huge Taika Waititi fan and will always be. So this movie just left me smiling when I left. Will it be one I want to watch again? Yes it will. It’s very hard to write a review and not give spoilers away. There’s so much I want to say and can’t. So I’ll just leave it at if you enjoyed Taiki’s version of Ragnarock then you will enjoy Taika’s version of Love and Thunder. There was so much laughter in the theater that it is and was infectious. Oh and in case you’re wondering there’s two after credits scenes. One of them left my mouth agape! 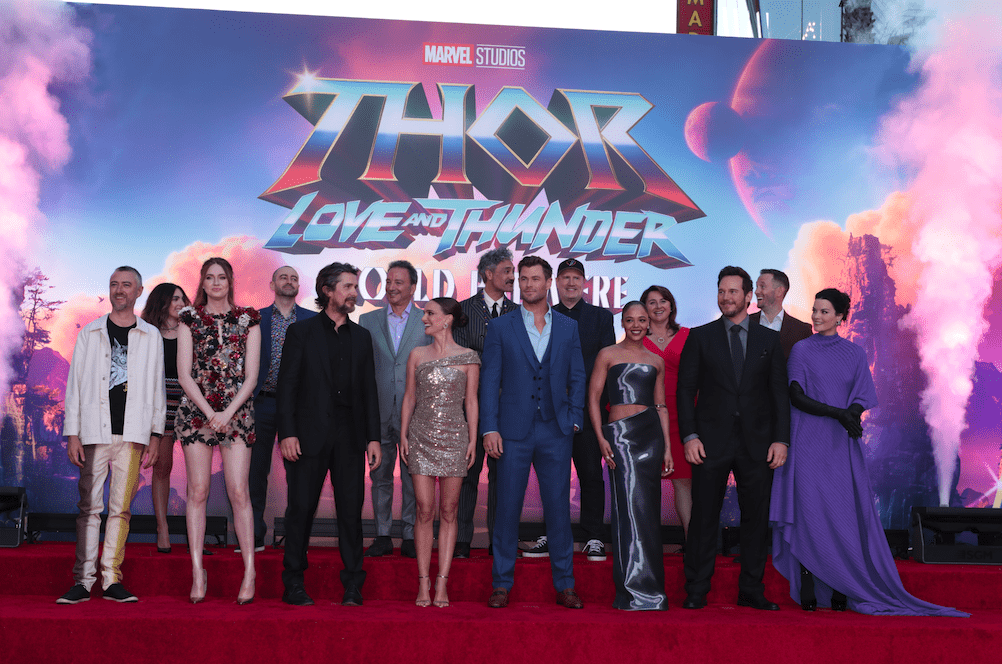 Marvel Studios’ “Thor: Love and Thunder” finds the God of Thunder (Chris Hemsworth) on a journey unlike anything he’s ever faced – one of self-discovery. But his efforts are interrupted by a galactic killer known as Gorr the God Butcher (Christian Bale), who seeks the extinction of the gods. To combat the threat, Thor enlists the help of King Valkyrie (Tessa Thompson), Korg (Taika Waititi) and ex-girlfriend Jane Foster (Natalie Portman), who – to Thor’s surprise – inexplicably wields his magical hammer, Mjolnir, as the Mighty Thor. Together, they embark upon a harrowing cosmic adventure to uncover the mystery of the God Butcher’s vengeance and stop him before it’s too late. Directed by Taika Waititi (“Thor: Ragnarok,” “Jojo Rabbit”) and produced by Kevin Feige and Brad Winderbaum, “Thor: Love and Thunder” opens in U.S. theaters July 8, 2022. Advance tickets are on sale now.

Before you go check out my Thor: Ragnarock red carpet experience and more from my trip to LA.

Kevin Feige interview with the CEO of Marvel,

Karl Urban interview, Taika Waititi interview and don’t forget to check out my time on the red carpet with the Thor cast and my Thor Ragnarok review.