My daughter is a huge fan of the King’s Man series itself. So, when they asked me to review it and give it away, right away I knew it was a yes, please! We settled in on a rainy, stormy Thursday to watch it. It has an all star cast who do a good job playing their parts. The movie itself does run a bit long and is slow in parts but over all we did enjoy the film. I’m not a heights girl…so if I’m found dead at the bottom of a ravine then you know I was made to go up and then ultimately pushed. There’s a lot of scenes in this movie that just had me covering my eyes because of the heights. Ugh I just hate heights even in movies. It’s genetic. Just spent time with my cousin and he’s the same way. Just no. That last 30 minutes of scene was rough on me. That’s all I’m going to say about that! If you’re looking for a fun, dramatic, action movie why not give this one a try. I give it 3.5 out of 5 stars!  Now why don’t you enter to win one below. Just wait for the rafflecopter to load and enter.
a Rafflecopter giveaway

Uncover the secrets of the world’s most stylish spy organization and learn how it all began with the ingenious and action-packed origin story The King’s Man. From masterful filmmaker Matthew Vaughn, The King’s Man explores the mythology of the very first independent intelligence agency. Set in the historic WWI era, the lethal yet impeccably trained spies take on the ultimate mission to save the fate of humanity. Add the film to your Kingsman collection on Digital February 18 and on 4K UHD, Blu-ray and DVD February 22. 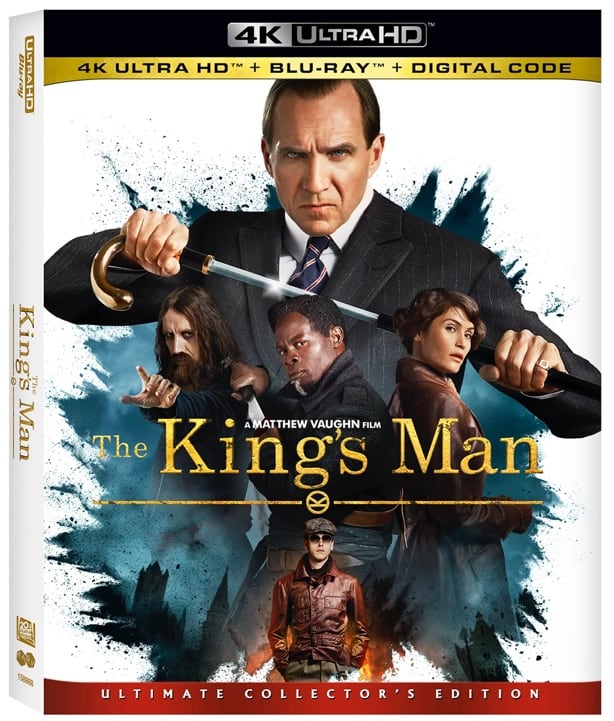 Also for fans of the stylish spy series comes The Kingsman Collection. All three films, with bonus features, together for the first time. The collection will be available digitally on February 18 and as a collectible SteelBook on February 22.

The Kingsman Collection will also be available globally on Digital and Blu-ray in the following markets:

Set during WWI, The King’s Man tells the exhilarating origin story of Kingsman, the world’s very first independent intelligence agency. As a collection of history’s worst tyrants and criminal masterminds gather to plot a war to wipe out millions across the globe, one man must race against time to stop them.

and Charles Dance as Kitchener

Based on the comic book

“The Secret Service” by Mark Millar and Dave Gibbons

* Rated R for sequences of strong/bloody violence, language, and some sexual material.