My kids were wanting to see Black Widow so bad. So when I told them I had advanced access they were so excited. We watched the Marvel movie, Black Widow, the night they sent it to us. It was a pretty good Marvel film. I enjoyed to getting to know the backstory on Natasha Romanoff. Seeing where she came from gives you insight into the character you didn’t have before. My entire family stayed with this movie to the end and enjoyed the after credits scene. So stay for it! There’s always more to come with Marvel, especially after the credits roll.

My kids are older and they seemed to really enjoy this film. If you have younger kids, what stood out to me is that there is violence, guns, and lots of action. There’s also the occasional swear word or two. For a Marvel film I thought it was pretty good but again my kids are older and less bothered by violence now then they were when they were much younger. If I had toddlers I would want to leave them with grandma and not bring them to this movie. I give this four out of five stars. It wasn’t as good as Thor: Ragnarok (my personal favorite) but it definitely kept us wondering what would be happening next in this saga. I’m so proud to see women be in the spotlight more. It did seem to rely more on the fight scenes then the dialogue in this flick. 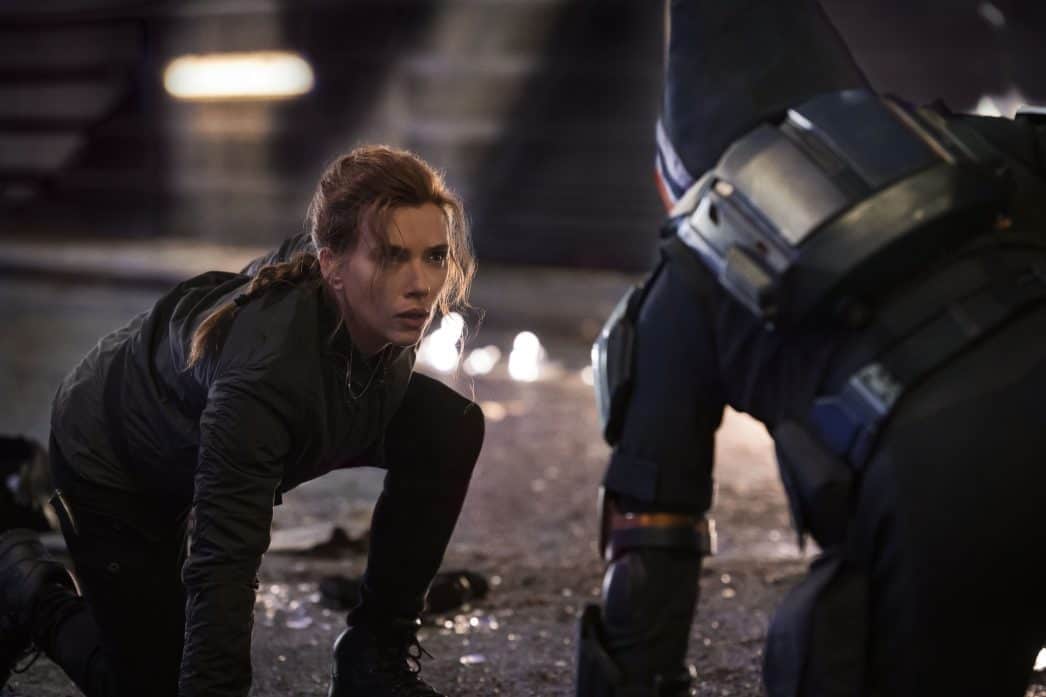 What I really loved about this movie was when I interviewed Kevin Feige for Thor Ragnarok he promised a stand alone movie for a woman Marvel Avenger. It’s about time. And also well done Kevin and thanks for keeping a promise that we all were invested in and wanted! See my article with Kevin Feige here.

In Marvel Studios’ action-packed spy thriller “Black Widow,” Natasha Romanoff aka Black Widow confronts the
darker parts of her ledger when a dangerous conspiracy with ties to her past arises. Pursued by a force that will
stop at nothing to bring her down, Natasha must deal with her history as a spy and the broken relationships left
in her wake long before she became an Avenger. Scarlett Johansson reprises her role as Natasha/Black Widow,
Florence Pugh stars as Yelena, David Harbour portrays Alexei/The Red Guardian, and Rachel Weisz is Melina.
Directed by Cate Shortland and produced by Kevin Feige, “Black Widow”—the first film in Phase Four of the
Marvel Cinematic Universe— will launch simultaneously in theaters and on Disney+ with Premier Access in most
Disney+ markets on July 9, 2021.