NASHVILLE, Tenn. – January 11, 2021 – The Music City Film Critics’ Association is proud to announce the winners of the MCFCA 2020 Film Awards. The association is comprised of more than 30 professional film critics working in or near Nashville, Tenn.

The Trial of the Chicago 7 won three awards, giving them the most of any film, but Promising Young Woman was the big winner taking two of the top four awards, including Best Picture.

Each year the MCFCA gives out The Jim Ridley Award. It is a special award named after one of Nashville’s most beloved film critics, who died at age 50 in 2016. It is given to the film or the person that best represents Nashville and Tennessee. This year’s recipient is composer William Tyler who wrote the score for First Cow, one of the MCFCA’s Best Picture nominees.

The MCFCA members vote via secret ballot so a tie is a pretty rare event, however, in true 2020 weirdness, the MCFCA ended up not with one tie, but three. MCFCA board member Isaac Weeks had this to say about the interesting occurrence, “In a year where movie viewing became more of a solitary effort, it makes sense that there would be less of a consensus about awards among critics.”

Clint Redwine, president of the MCFCA added, “We are thrilled for all of our winners. In a year where we thought we may not see anything released after April, we ended up with a fantastic slate of award-winning films.”

To speak with a member of the MCFCA regarding the 2020 winners, please send an email request to [email protected]. 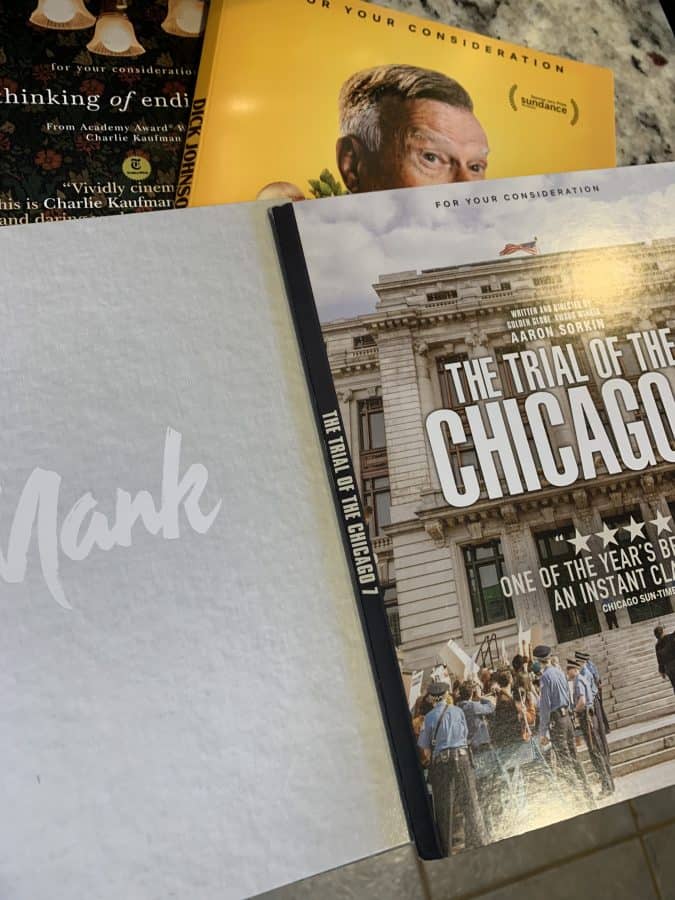 One Night In Miami

One Night In Miami

Alan Baumgarten – The Trial of the Chicago 7