Are you like my husband and I stuck like glue on Friday nights to the couch curled up and watching the Mandalorian on Disney+? We are so loving this show. I can’t believe they’re going to give us behind the scenes access to how it was made. It’s going to be so fun to watch. Will you watch with us? Here’s what will be on there!

Go Behind the Scenes of the Transformative Second Season of 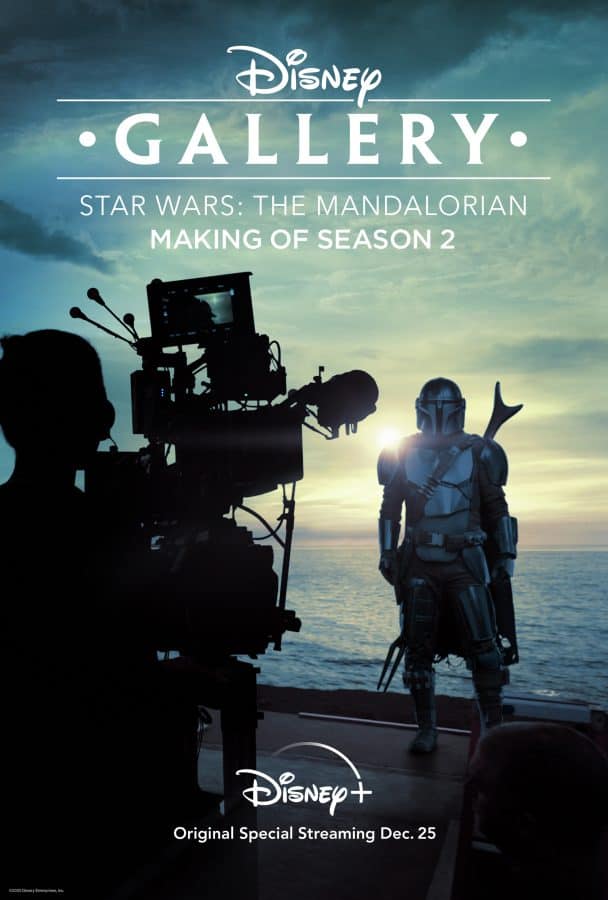 From the triumphant return of legendary bounty hunter Boba Fett to the live-action debut of fan-favorite Ahsoka Tano, the second season of “The Mandalorian” is a fun, surprising, emotional thrill-ride which has kept fans excited to see how each new weekly chapter will unfold. Disney+ will bring viewers behind the scenes of the groundbreaking season in a new hour-long “Making of Season Two” special, premiering December 25 on the streaming service.

In this new installment of “Disney Gallery: The Mandalorian,” filmmakers and cast provide unprecedented access to the storytelling decisions and innovations that went into the second season of the Emmy Award-winning series.

Featuring immersive on-set footage that places viewers right in the middle of the filmmaking process, and rare insights from the cast and crew, this special documentary explores the production of all 8 episodes in season two – from early concept art through the groundbreaking technology introduced in the series.

The “Making of Season Two” special premieres Friday, December 25, streaming only on Disney+.

Disney+ is the dedicated streaming home for movies and shows from Disney, Pixar, Marvel, Star Wars, National Geographic, and more. As part of Disney’s Media and Entertainment Distribution segment, Disney+ is available on most internet-connected devices and offers commercial-free programming with a variety of original feature-length films, documentaries, live-action and animated series and short-form content. Alongside unprecedented access to Disney’s incredible library of film and television entertainment, the service is also the exclusive streaming home for the latest releases from The Walt Disney Studios. Disney+ is available as part of a bundle offer in the U.S. that gives subscribers access to Disney+, Hulu, and ESPN+. Visit DisneyPlus.com to subscribe and/or learn more about the service.