When you have teenagers you never know what games will work and what games are boring to them. It’s always a gamble where games are concerned. We play card games and have game nights more than once a week…especially during this pandemic. It gives us a way as a family to reconnect with each other and to learn how everyone is doing. We don’t plan it out per se…as in we have game night every Friday. We had game afternoon the previous Saturday afternoon. Since we aren’t going many places it’s fun to just casually decide to do pizza and game afternoon!  I was pleasantly surprised when Funko Pop asked me to try their Something Wild card game. Let’s see what the kids thought of this game.

First thing to know is that they have many sets and they all work together. So you can add two sets together and play the same game. While we learned the rules we just played with the one set but next time we will combine the two sets we received and play them both. We received the Villains set and the Toy Story one. We played the villains set. It was so much fun. 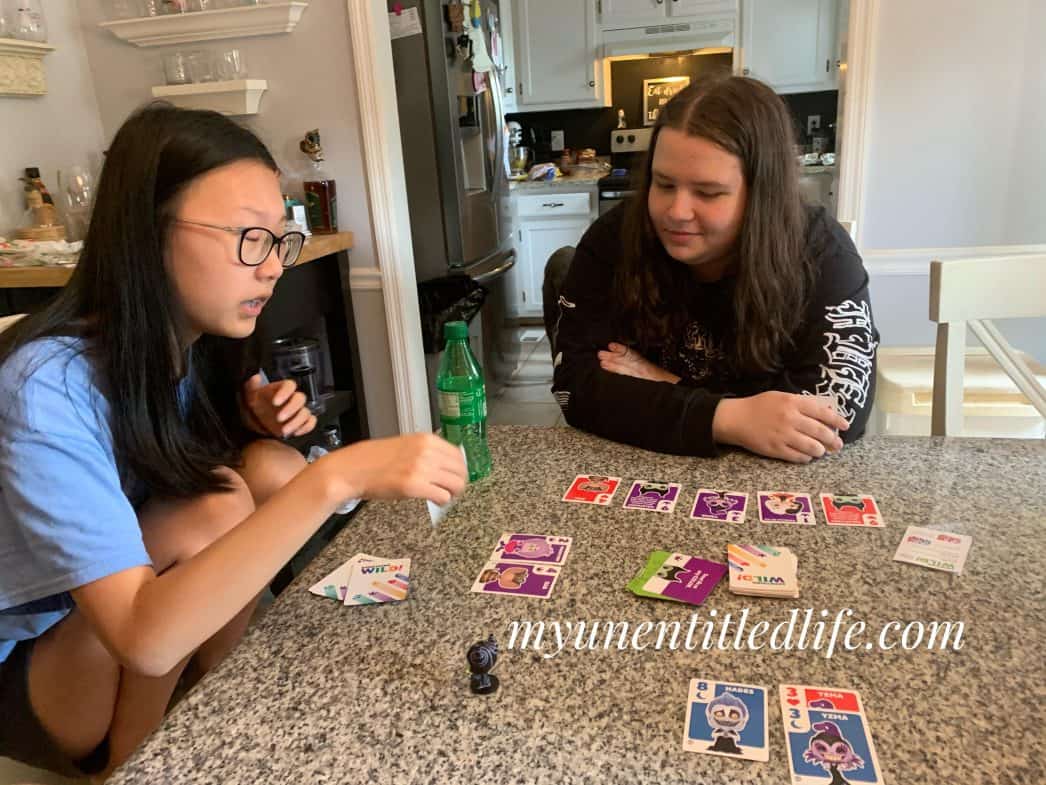 Here’s a pic of my daughter strategizing as she played her card. It’s not a difficult game to play at all. The young ones could learn it and pick up on it pretty fast. You just have to let them play a few hands to get the hang of it.  You see the villain (Maleficent) is in front of me. You get her when you play the same color card as the one that you flipped over which tells you what to do. So I had her. We played two hands of this game and then moved on to another fun but simple game that we love to play. The teens enjoyed the game as much as this mom did. They both said that, ” yes, they would play it again”.  I was given the cards to play the game but no this was not compensated. WE actually really did enjoy playing this! 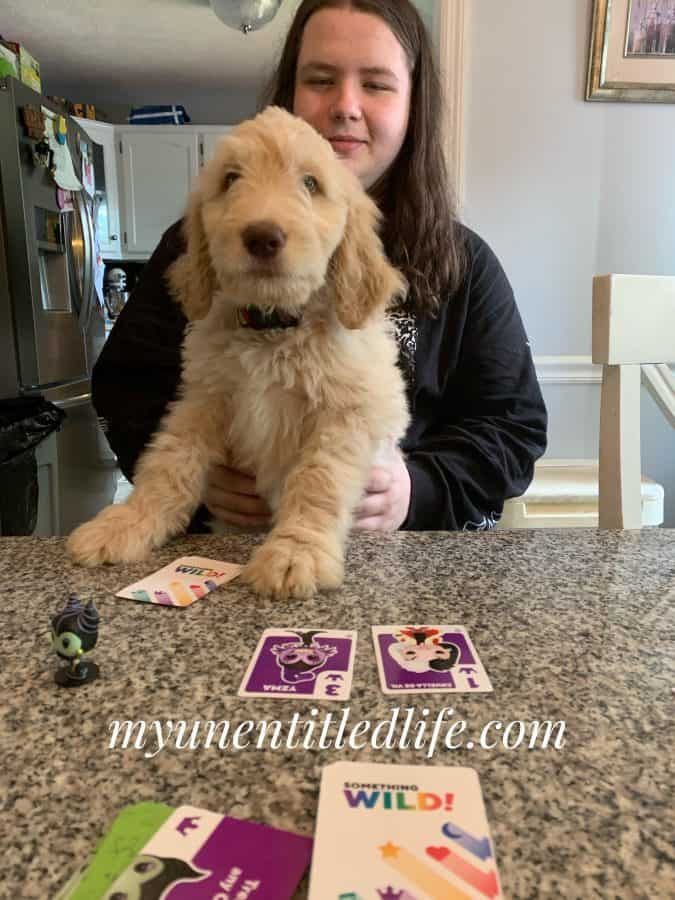 Even our newest member of the family got in on the fun. Sam thought it was a blast too! I mean I had to take a pic of the cutest Goldendoodle puppy ever! I don’t know about you but game nights keep this family connected in so many ways. I think it’s just so good for everyone to play games. It’s really important to take that time and connect during a pandemic as well as during just regular life! So come on and enter to win the Villains set in this giveaway. If not you can also buy it on Amazon.  This game is for 2-4 players, ages 6 and up, and takes approximately 15 minutes to play. The rules are simple and included with the game.

Disclosure: Giveaway ends 08/11 at midnight. We reserve the right to make revisions, to cancel, or suspend this contest for any reason. We are not associated with any of the companies named above. The odds of winning are based on the number of entries received Open to the US 18+ only. Confirmed Winner(s) (by Rafflecopter) will be contacted by email. Winner(s) have 48 hours to respond before a new winner is chosen. No purchase necessary. Void where prohibited by law. The sponsor(s) will be responsible for product shipment to winner(s) of this giveaway. My UnEntitled Life (and any other blog participating) is not responsible for product shipment/delivery. This event is in no way administered, sponsored, or endorsed by, or associated with, Facebook and/or Twitter, Google, Pinterest. This disclosure is done in accordance with the Federal Trade Commission 10 CFR, Part 255 Guides Concerning the Use of Endorsements. Entrants must only enter with either one email address, IP address and/or Facebook account, anyone found violating these rules will be disqualified. It is at the sole discretion of the admin of the giveaway if the winner has met the rules or not.