Is your husband like mine? An avid reader at heart, my hubby loves nothing more than to smoke a cigar and read a book on our cozy back deck. So when Michael Crichton’s book fell into my lap I knew instantly it would be a book that my hubby would love to read. It makes the perfect Father’s Day gift idea for sure! Check out more about his new book The Andromeda Evolution and get one today. 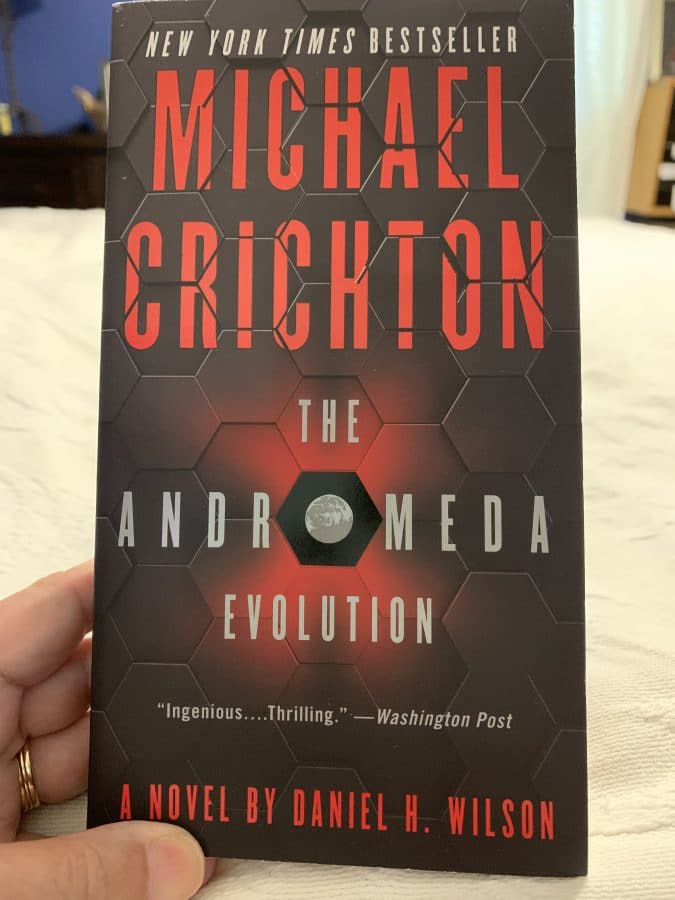 A Novel by Daniel H. Wilson

The Evolution is Coming. In 1967, an extraterrestrial microbe came crashing down to Earth in Piedmont, Arizona and nearly ended the human race, killing all but two of the town’s residents. Over the course of five tense days a team of top scientists worked valiantly—and secretly—to stave off an epidemic of unimaginable proportions. In the ensuing decades, research on the micro-particle continued even as the world believed it was safe…. Now, a Brazilian terrain-mapping drone has detected a bizarre anomaly of otherworldly matter in the middle of the jungle—and the tell-tale chemical signature of the deadly micro-particle. If a new generation of scientists cannot reach the quarantine zone, enter the anomaly, and stop its evolution, all life as humankind knows it will be annihilated. THE ANDROMEDA EVOLUTION unleashes a terrifying new strain of suspense that builds on the timeless power of The Andromeda Strain.

Michael Crichton (1942-2008) was the author of the bestselling novels The Terminal Man, The Great Train Robbery, Jurassic Park, Sphere, Disclosure, Prey, State of Fear, Next and Dragon Teeth, among many others. His books have sold more than 200 million copies worldwide, have been translated into forty languages, and have provided the basis for fifteen feature films. He wrote and directed Westworld, The Great Train Robbery, Runaway, Looker, Coma and created the hit television series ER. Crichton remains the only writer to have a number one book, movie, and TV show in the same year. 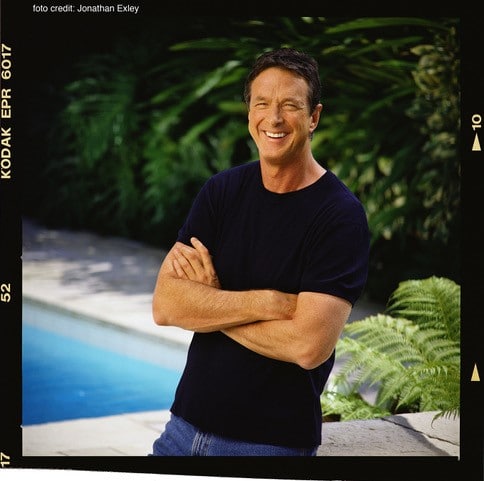 Daniel H. Wilson is a Cherokee citizen and author of the New York Times bestselling Robopocalypse and its sequel Robogenesis, as well as ten other books. He recently wrote the Earth 2: Society comic book series for DC Comics. Wilson earned a PhD in Robotics from Carnegie Mellon University, as well as master’s degrees in Artificial Intelligence and Robotics. He has published over a dozen scientific papers and holds four patents. Wilson lives in Portland, Oregon.

What Daniel Wilson had to say about

“…what it’s like to take on Michael Crichton’s story and follow in the footsteps of a writer you have always admired.”

When I take time to reflect about it, the thought of writing a sequel to an iconic novel like The Andromeda Strain invokes waves of sheer terror. Luckily, that’s a level of introspection that I’m too distracted to feel very often. Like a lot of readers, my brain is wired to get lost in stories—and that’s where I spend most of my time. For the last two years, I’ve been wandering the Amazon jungle with four scientists, earnestly searching for answers about an incredible anomaly of extraterrestrial origin…

I never had the opportunity to meet Michael Crichton, but like many people I came to know his voice through his writing. While I worked on The Andromeda Evolution, I kept his name at the top of my title page above my own. Every morning when I opened up the manuscript, the sight of our names together felt surreal. Having spent so much time reading his work, I found that Crichton’s name alone carried a huge symbolic weight.

It wasn’t until I was halfway through writing the novel that Michael Crichton became more than just a name to me. I traveled to NASA Johnson Space Center on a research visit and brought along two of my children, who were 6 and 9 at the time. Sherri Crichton joined us with her son, who turned 10 on the day we met. I remember seeing our children playing together among giant robot arms, a mock-up of the International Space Station, and all manner of experimental vehicles and robots and space suits. Sherri’s son was wearing a Jurassic Park ball cap, and the whole experience felt like the set-up for a new Crichton novel. Only then did it hit me full force that adding chapters to Crichton’s stories had come with a huge responsibility—not only to his millions of fans, but also to his family.

An author lives on through their work. While writing The Andromeda Evolution I did my best to crack open a door that had been closed—to provide an experience that would be entertaining and thrilling, but most of all a chance for everyone who loved Michael Crichton to peek through that open door and hopefully catch one more glimpse of him.

What others had to say about THE ANDROMEDA EVOLUTION

“An atmospheric and often terrifying roller-coaster ride with (literally) sky-high stakes that pays plenty of homage to The Andromeda Strain while also echoing the spirit and mood of Crichton’s other works…A thrilling and satisfying sequel to the 1969 classic.”—Kirkus, starred review

“Terrific…Deftly blends science, suspense, and character interaction in a way that will be familiar to Crichton’s fans. In every way, this is a wonderful sequel to a classic novel, written in the spirit of Crichton but in Wilson’s own powerful voice.”—Booklist, starred review

“Wilson confidently captures the voice of the late Crichton in this chilling sequel to the 1969 blockbuster The Andromeda Strain…Fans of the original techno-thriller won’t be disappointed.”

Where can you buy the Andromeda Evolution? Go ahead and order yours On Amazon and wherever books are sold! Dad is going to love this book!