My kids, mom and I tore up NYC for a quick 3 day trip a few months back. We had so much fun. There’s so much to see and do there. I thought I’d tell you what we did on a quick trip. Here’s what to do on a quick trip to NYC.

What we did on a quick trip to New York City 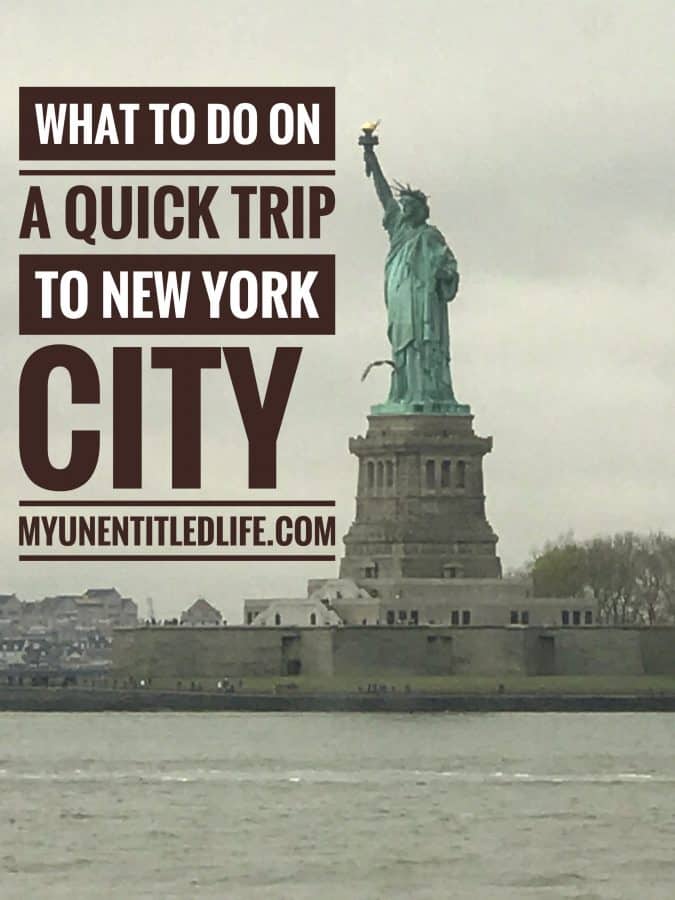 The first thing we did was make sure we packed everything in a backpack. This way we could get off the plane and hop an uber to our first destination. Our first destination we decided was to take the Staten Island Ferry. This is a free ferry and it takes you right beside the Statue of Liberty. You get lots of great photo opps there. You drive into the Wall Street District to catch the ferry. We wanted New York pizza while we were there so believe it or not we grabbed some at Staten Island station while waiting on the ferry. It was delicious.

When we were done on the ferry it lets you off on the other side. You have to deboard and then reboard to get back across again. Then we exited the ferry back at the Staten Island station and left in search of a taxi. There’s plenty of taxi’s right outside of Staten Island so never fear. We grabbed one and rushed to the Broadway and Times Square area to catch The Ride. 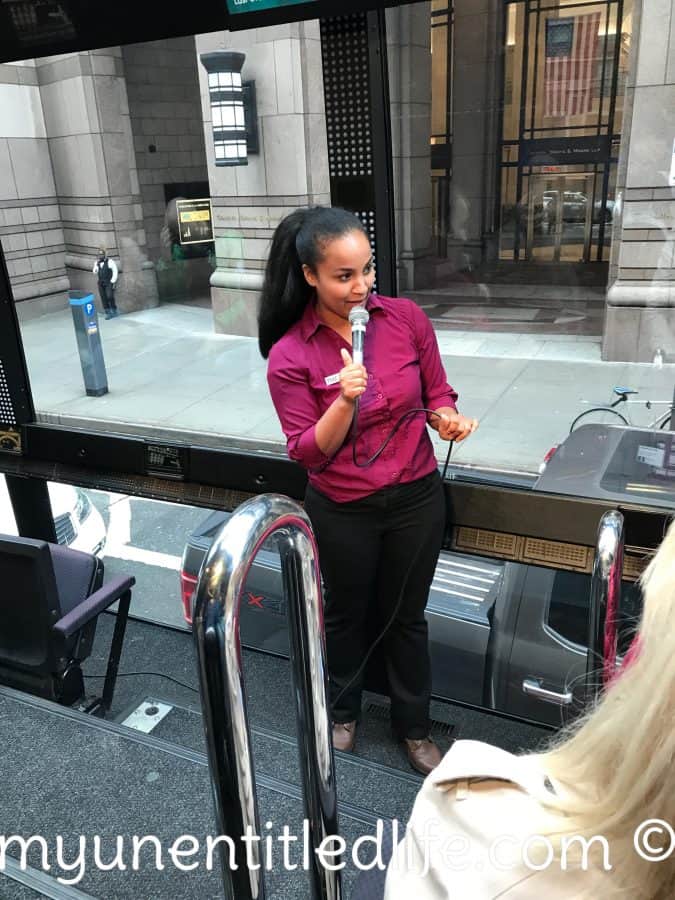 So the ride is this 1-1.5 hour bus ride all around the city. It’s fun and funny and way too cool. You look out of one side of the bus so all seats are facing the same direction. We saw so much of the city this way. We saw the Chrysler building, Central Park, Bryant Park, Hell’s Kitchen, Times Square, Broadway and so much more. You get a great view of the city this way. We actually took two rides on the Ride while we were there. Worth it! Both times. 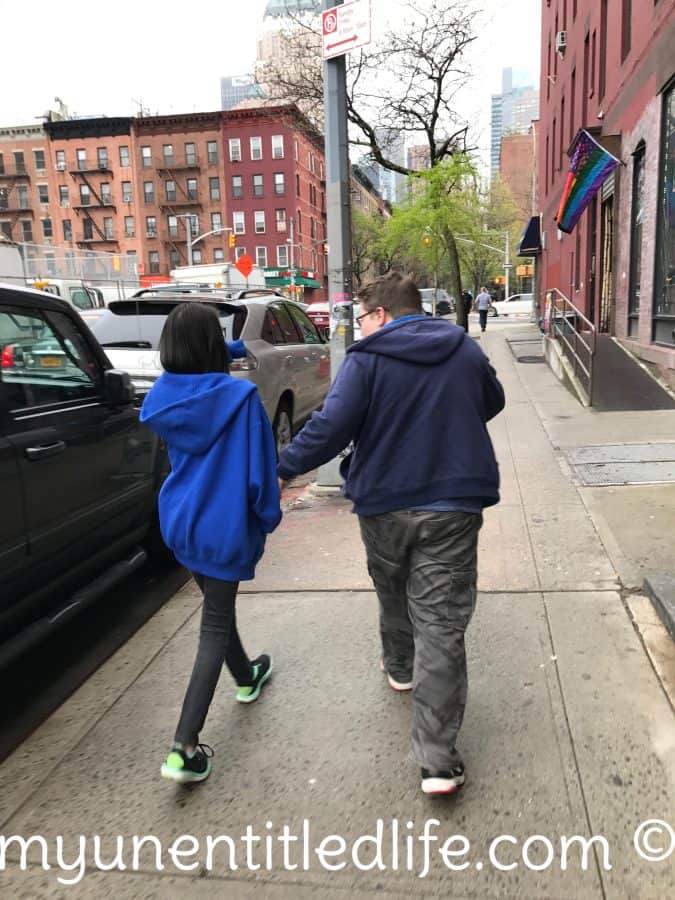 While in New York you may as well be like New Yorkers. We walked everywhere. We stayed in Hell’s Kitchen so we were able to see Broadway, Times Square, The waterfront where the battleship is and so much more. We walked back from Times Square to Hell’s Kitchen at 8:30 at night and felt safe. It was a really nice area. 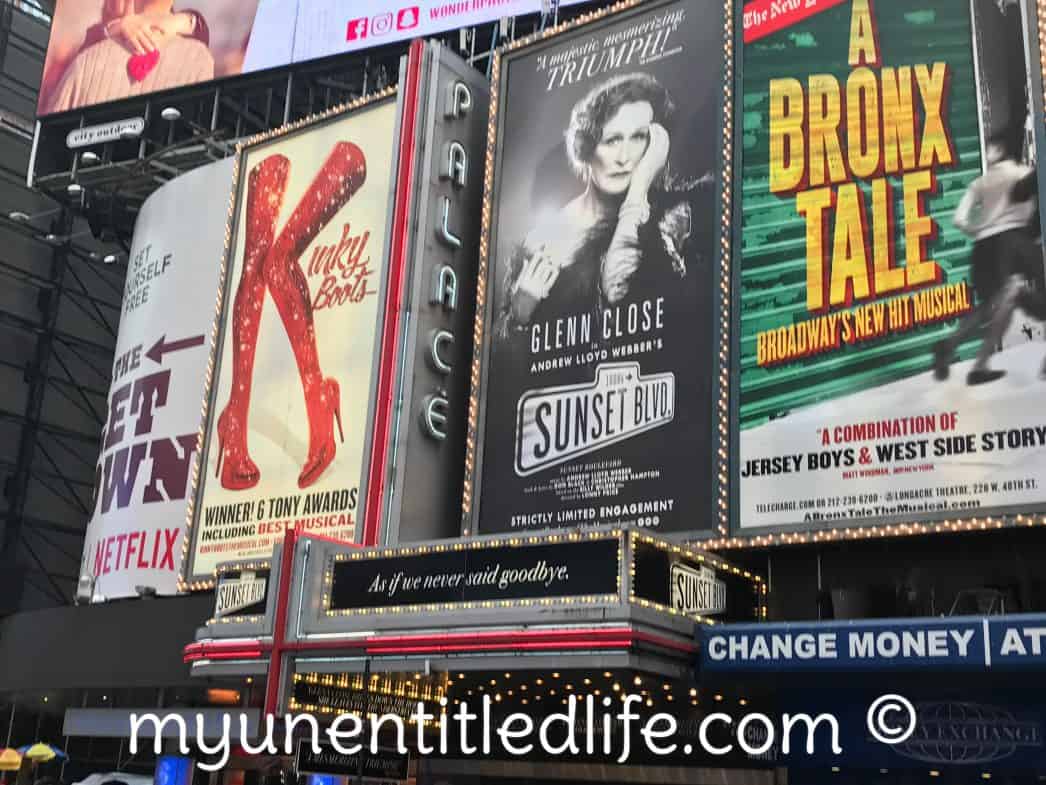 Broadway and Times Square were both in walking distance and we had so much fun exploring both. We didn’t take in any shows when we went but we can next time we’re there.

Rush hour is bad. Everywhere you go. It’s bad. So make sure you prepare and plan ahead. We had an 11 am flight but we left the hotel at 6am so that we weren’t stuck in rush hour traffic. We definitely had plenty of time at the airport before we took off for a flight home. We didn’t manage to fit in 9/11 Memorial as we weren’t really close to it and we ran out of energy. It’s definitely on our to do list if we go back. So what would you like to see on a quick trip to New York City?