Have you been looking for a good show for the kids but you cut the cord to cable? Never fear because Hulu’s the Bravest Knight is set to air on June 21. See below for the press release and the trailer! You will love it and so will the kids.

Santa Monica, CA (May 22, 2019) – Today, Hulu announces the premiere of brand-new Hulu Original animated kids series, The Bravest Knight. Based on wildly popular children’s book by Daniel Errico “The Bravest Knight Who Ever Lived,” the story chronicles a young pumpkin farmer’s adventure as he attempts to become the bravest knight who ever lived. Hulu has ordered 13 episodes of The Bravest Knight from Big Bad Boo Studios. The first five episodes will premiere on Hulu June 21, followed by additional episodes later this year. 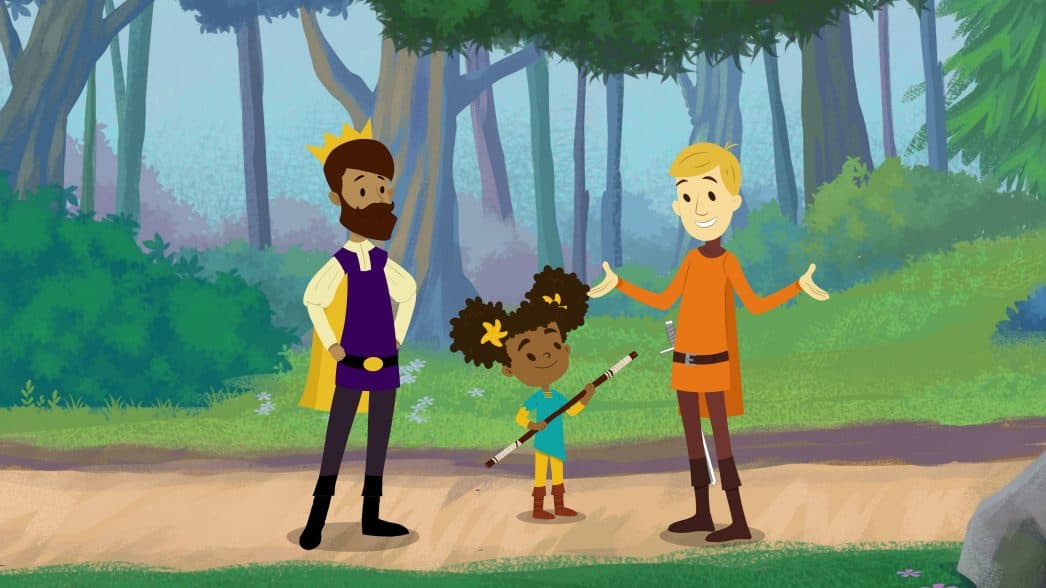 The Bravest Knight — “Cedric; the Cave” — Nia is taught how to track in the woods as she hears the tale of Cedric and Grunt hiding from a Yeti in a mountainside cave. By being resourceful, they are able to escape the beast and find the secret to its anger. (Photo courtesy of Hulu)

The new series is breaking boundaries, featuring a household with two dads (Sir Cedric and Prince Andrew), making it one of the first children’s television series with an openly gay main character. Following the inspiring and perseverant former pumpkin farmer, Sir Cedric, now grown and married to the prince of his dreams, The Bravest Knight recounts personal tales of his journey. Sir Cedric shares his story with his adopted 10-year-old daughter Nia, on how he transformed from day-time farmer to full-fledged knight. Nia, who is training to become a brave knight herself, learns important values such as honor, justice and compassion; proving that knighthood is much more than slaying dragons. 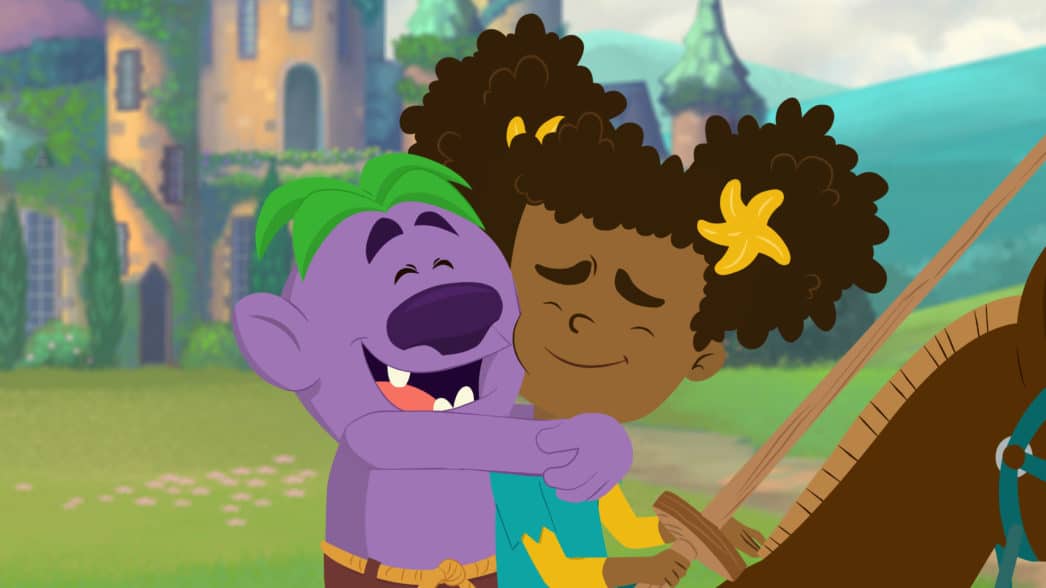 The Bravest Knight — “Cedric; the Green Leaf” — NiaÕs jousting lesson turns into the story of Sir CedricÕs first tournament as a Not-Yet-Knight, and the folly of underestimating your opponent. (Photo courtesy of Hulu)

The Bravest Knight continues Hulu’s commitment to connecting with kids and families through bold approaches in storytelling, and continues to be a supporter of LGBTQ content and creators. The Bravest Knight joins Hulu’s impressive kids original content offering, including Holly Hobbie, Find Me In Paris and Doozers along-side its acquired library of premium kids and family content.

Hulu is the leading premium streaming service offering live and on-demand TV and movies, with and without commercials, both in and outside the home. Launched in 2008, Hulu has grown to more than 28 million customers in the U.S. and is the only service that gives viewers instant access to current shows from every major U.S. broadcast network; libraries of hit TV series and films; and acclaimed Hulu Originals like Emmy® and Golden Globe Award-winning series The Handmaid’s Tale, Emmy® Award-nominated The Looming Tower, Catch – 22, Shrill, The Act, Marvel’s Runaways and Castle Rock, and Oscar®-nominated documentary film Minding the Gap, as well as live news, entertainment and sports from 21st Century Fox, The Walt Disney Company, NBCUniversal, CBS Corporation, The CW, Turner Networks, A+E Networks and Discovery Networks – all in one place. Upcoming Hulu Originals include Four Weddings and a Funeral from Mindy Kaling; Wu-Tang: An American Saga from Brian Grazer and The RZA; and Little Fires Everywhere from Reese Witherspoon and Kerry Washington.