I was invited on an all expense paid trip to cover the amazing #HanSoloEvent from our partners at Disney. This coverage is honest and my own.

When I was growing up I did a lot of babysitting during the summers. Those years I was watching children I was also watching soaps. One of my favorite stories from back then was General Hospital. I watched it when John Stamos was on there…that was a minute ago. It was fabulous then and it’s fun and fabulous now. Let’s find out what we learned on our behind the scenes set visit and q & a with the executive producer Frank Valentini and actor Josh Swickard. 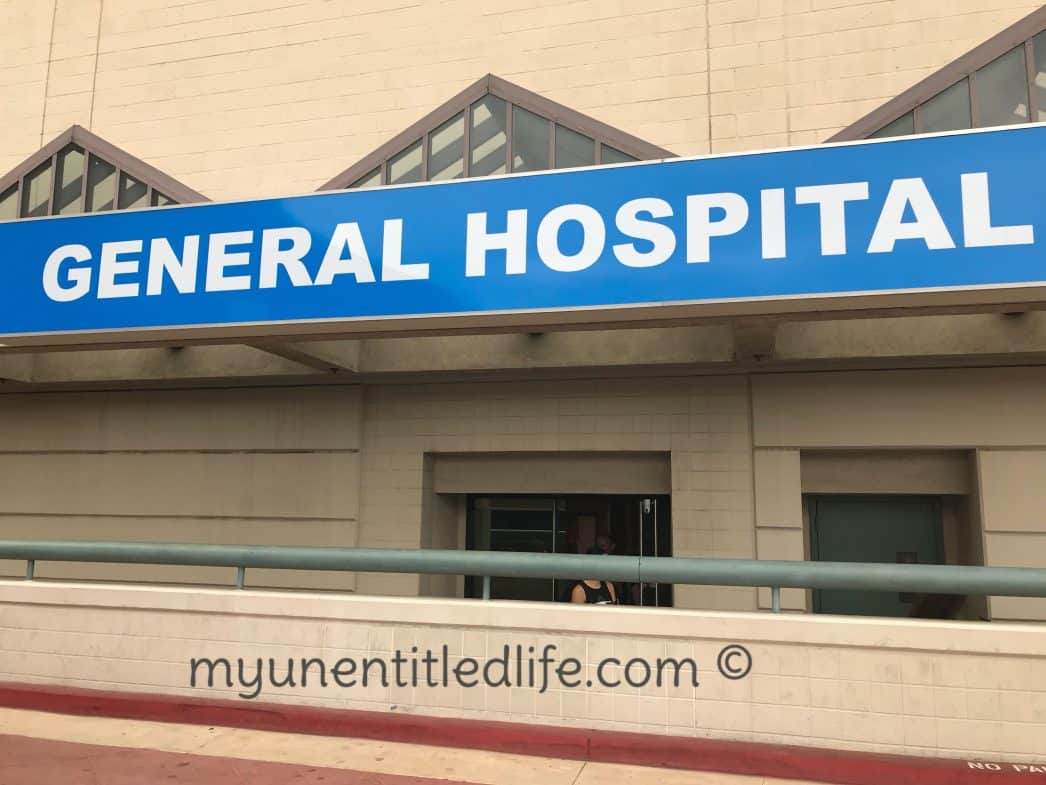 First up, General Hospital, like other shows, are on a budget. Just like you and I are on a budget and have to watch our money the stories are on a budget as well. There isn’t an endless amount of money for them to spend on every idea that comes along. They are very well thought out and thought through. Disasters, for example, are the costliest and most time consuming to shoot. If there’s a fire then everything on the set has to be made fireproof.  It’s less expensive to do baby stealing or twins. They recycle these ideas around. There’s no finite list of ideas, you know. 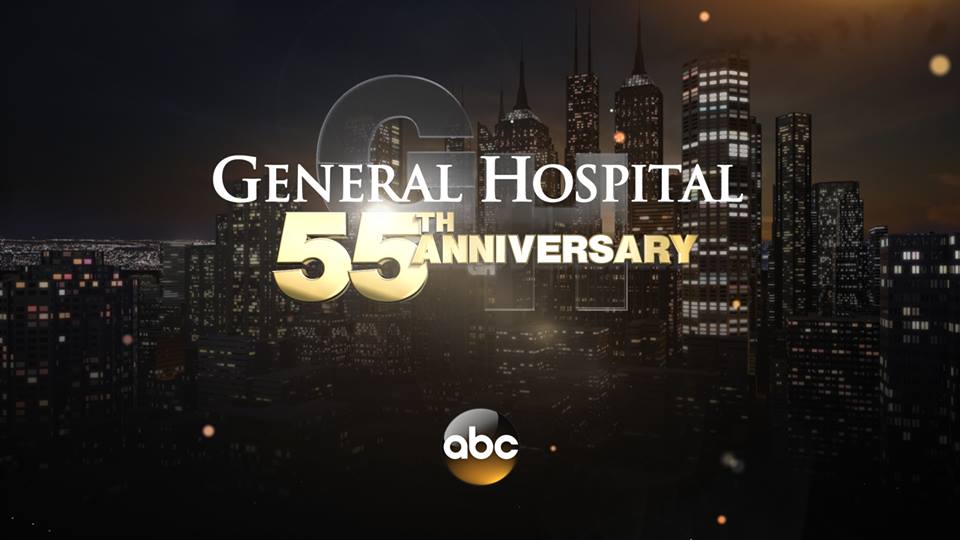 They used to do remote setting shots. But now if they do shoot outside they do park scenes and those are done right beside the parking lot. Sadly remote sessions do not happen anymore. Our lovely tour guide told us of a time when she was taken to the South of France for a soap shoot. Those days are behind us. 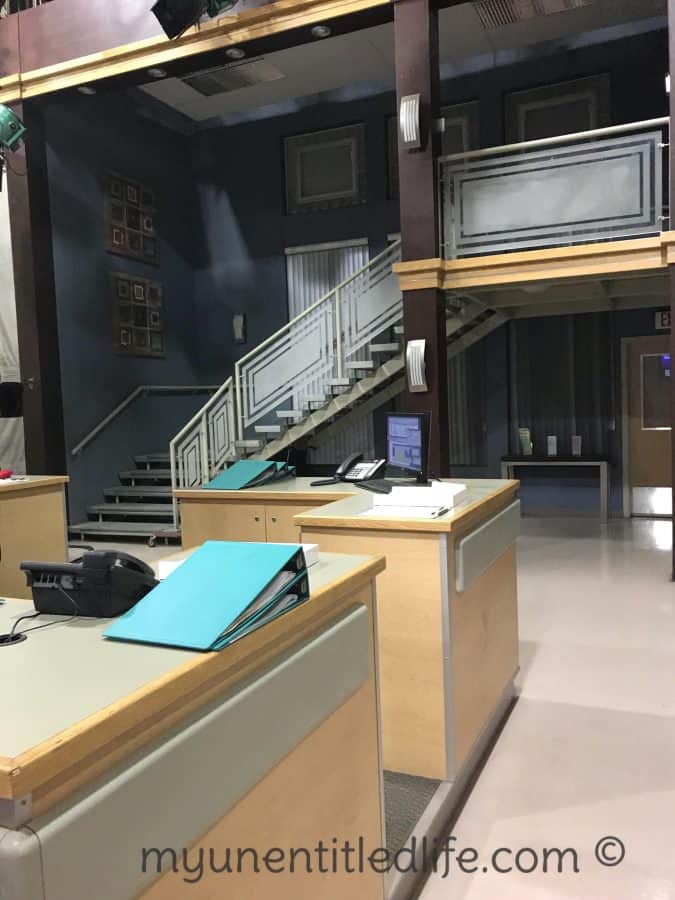 Sets get reused. If a tv show closes, their set may show up on another show that can use say a bar scene. I love that they are practical and want to reuse items just like we do in our family. 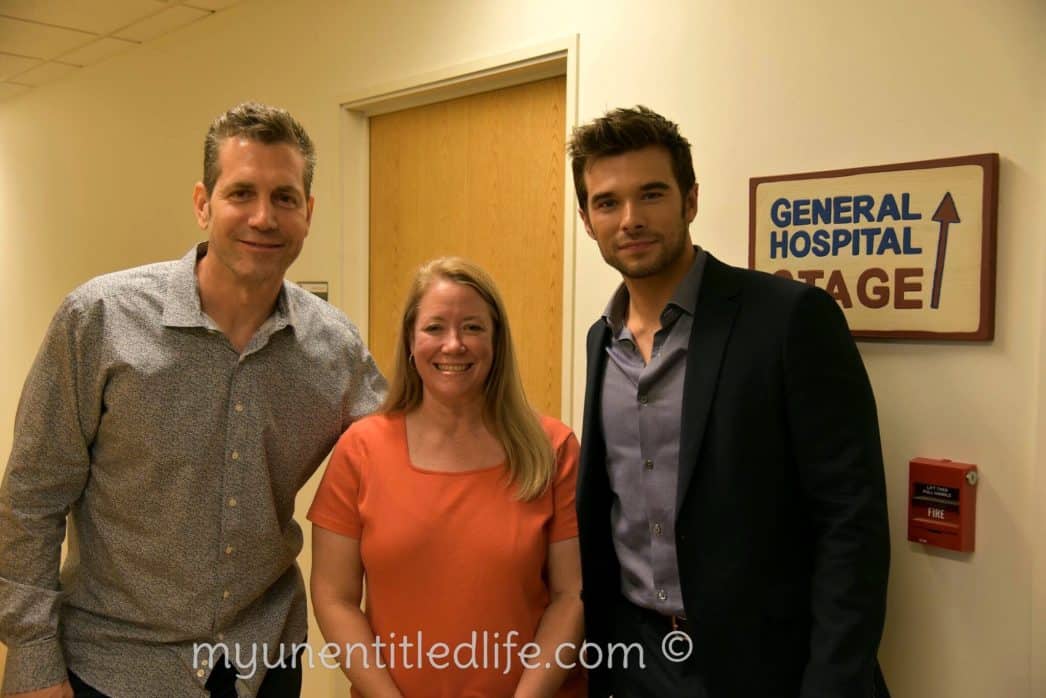 And now what we learned from our Q & A with Executive Producer Frank Valentini (to the left of me), and Joshua Swickard (to the right of me), who plays “Detective Harrison Chase”.

Joshua said the first 6 months of being on a show you learn how to use this muscle (your brain) to read and just know the lines. He said, “other actors have already developed the ability to know your lines after a few minutes of studying them. He, on the other hand, has to study them intently so that he is better able to get them down.” Then they run their lines with the other actors as well. This is called blocking and it is another way for them to learn their lines. Josh says, “he has to read the script over and over 10-20 times before it begins to stick. 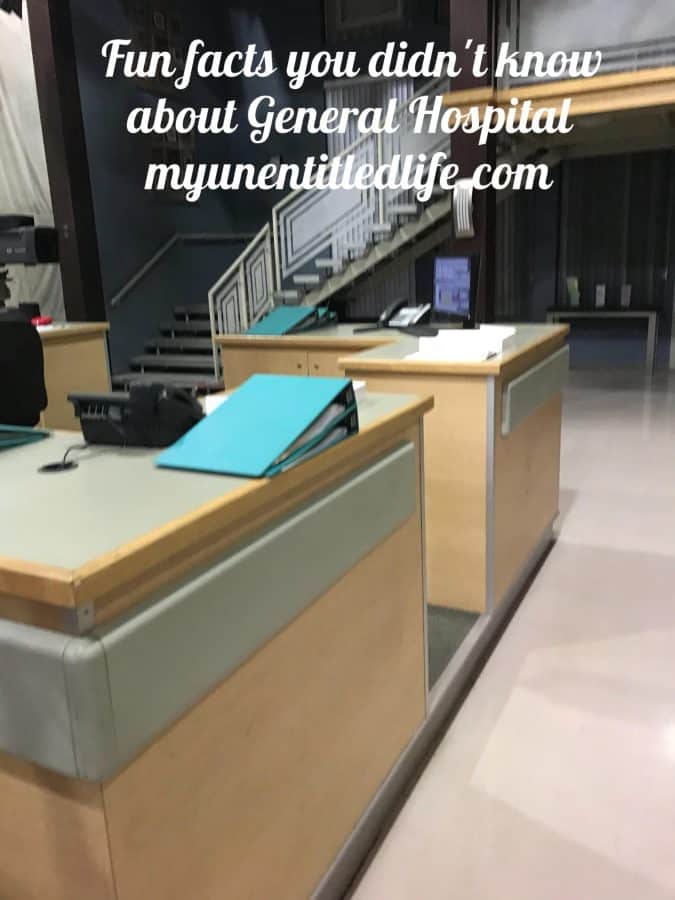 Frank says they do listen to their fans. They also leave breadcrumbs in the shows so the fans keep coming back for more. It’s a show the entire family loves, not only for the family connection but because their storylines  interconnect and you get to know it from all sides. Sometimes when a character is going through something on the show then another actor who went through it will then share what their experience is on the show too. There’s a familiarity there that just can’t be missed.

“General Hospital’s” annual Nurses Ball, this year sponsored by Olay, returns on WEDNESDAY, MAY 16, and airs through MONDAY MAY 21. Founded in 1994 by Port Charles resident Lucy Coe (Lynn Herring), the Nurses Ball is one of fictional Port Charles’ most glamorous charity events, dedicated to HIV/AIDS awareness and research. This year, celebrity guest appearances include “The Chew”’s Carla Hall and “The Bachelor”’s Nick Viall. In her debut performance, Hall takes on an infamous role decades in the making; while Viall joins Aurora media maven Nina Clay (Michelle Stafford) on the red carpet, as they welcome viewers into what promises to be a memorable night. From Sam McCall’s (Kelly Monaco) stunning arrival to Sonny Corinthos’ (Maurice Benard) unwavering support and Jason Morgan’s (Steve Burton) tireless search for answers, as well as never-before-seen musical performances and a surprise proposal, the Nurses Ball promises to be this year’s can’t-miss event.

We were so fortunate to see a sneak peek about this while we were on our set visit. We saw Josh Swickard do a song and dance performance and trust me when I say, “you don’t want to miss it .”

Tune in to GENERAL HOSPITAL weekdays on ABC (check your local listings) watch it streaming or on the app!