I was invited on an all expense paid trip to cover the amazing #HanSoloEvent from our partners at Disney.

When we attend these events we meet the nicest people. They’ve never been interviewed in the way we interview with the Disney bloggers. They’re used to large groups of people who have to fight over a mic to get their questions asked. When the Disney bloggers get together it’s a different beast. He was impressed with how the 25 bloggers navigate the interviews. We’re all so kind. But enough about us…you didn’t come here for this did you. 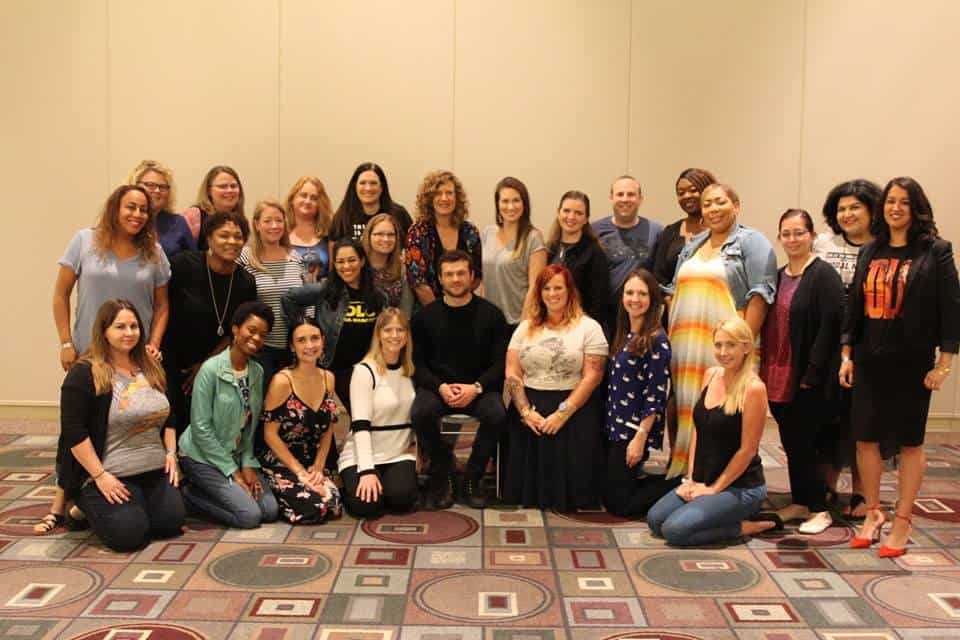 Let me introduce you to Alden Ehrenreich aka Mr. Han Solo the younger years. 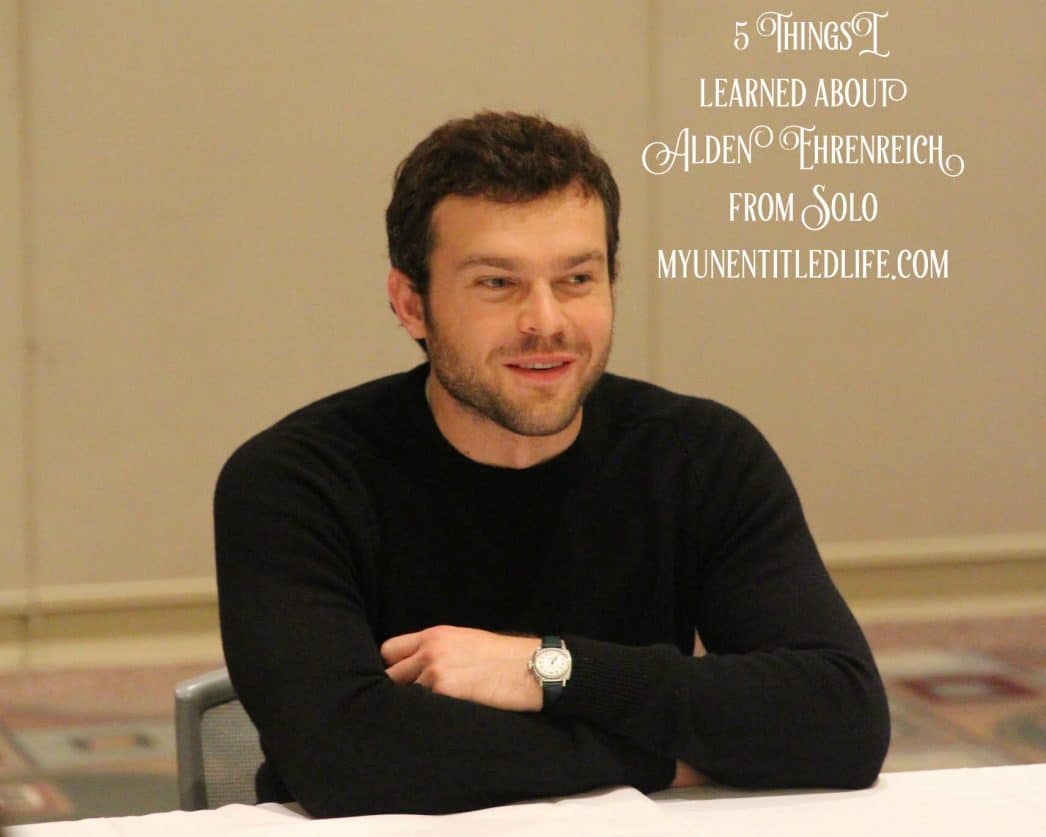 At the beginning when he arrived he was in a bit of a tizzy. The reason being he confessed that he was in awe because Harrison Ford had just came up to him 5 minutes beforehand for a piece on E.T. Harrison thought I was great and joked that I’d make 100’s and 100’s of dollars. He was almost shaking still from speaking to Harrison Ford himself. It was cool to interview him after he had his own Han Solo encounter. 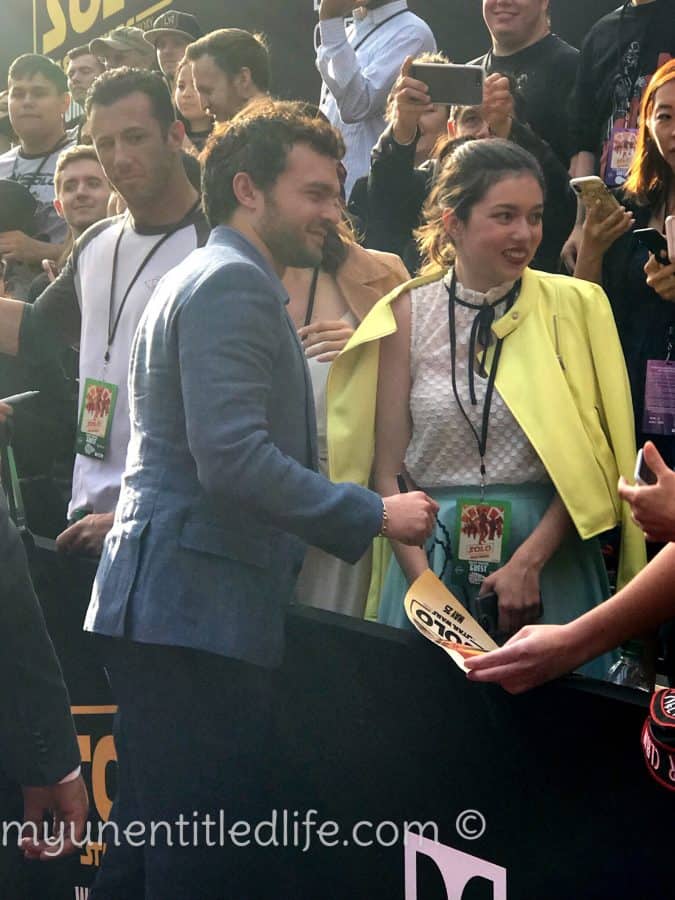 We learned that Alden watched the Star Wars series very early on. He still is in denial that he’s even in Star Wars franchise. He felt the best part of the whole shoot was being on the set of the Millinieum Falcon. Two months in he knew what the buttons did and felt like it’s my ship.

Alden felt that he had enormous pressure but the kind of pressure is the same as it is on any movie. He stated, “you want people to like it. You concentrate on what you have control over. Concentrate on your task at hand…the character your tasked with and you just pour your energy into that.” 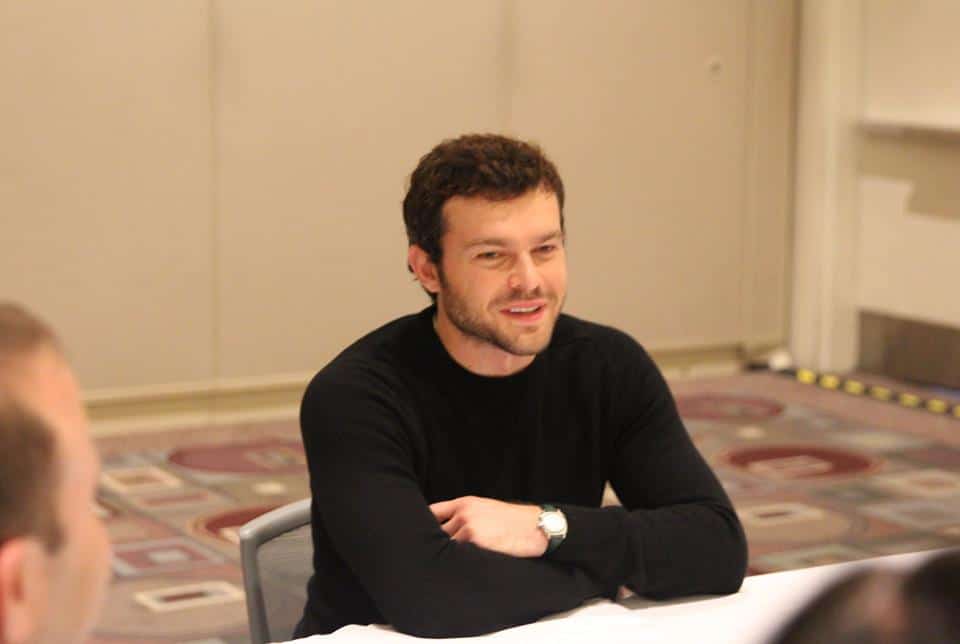 I asked, “What was your first thought after you got the part? And what was the first thing you did?”

Alden replied, “I was in a daze and my mind was blown. After you find out you can’t tell anyone (Moana said the same thing when she got the role of Moana). He states “I did…I told my family. You have to tell your family right. I went (and all my friends were at work} so I went to the beach and walked around and then went to the pier. So I just rode a roller coaster. That’s what I did.”

My family still can’t stop talking about it. Then they like to make fun of me. Some of us met his mom, dad and Nana at the Griffith Observatory when we were there. They were so cute and sweet. They were so excited he got the role and so happy.

On what he thought of Emilia…

The entire cast got baked goods every week from Emilia. She’s so nice. I spent the most time with her. It was a blast. I’m grateful to have that partnership that we shared.

On what his favorite Star Wars Movie is…

Empire Strikes Back, of course, is his favorite Star Wars film.

I think at this point I have given you more than 5. Whew. Here’s one more. He loves to read and reads a lot. There you go my friends. You’re going to want to see this movie when it comes out on May 25. In the meantime check out the Solo movie info below. 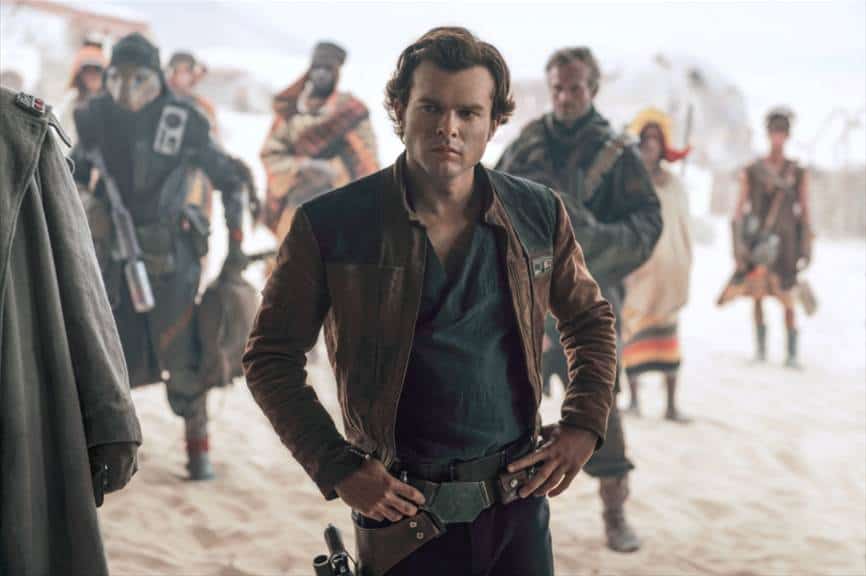 Info about the new Solo: A Star Wars Story movie.

Solo: A Star Wars Story Movie trailer and about the movie

Board the Millennium Falcon with me and let’s journey to a galaxy far, far away in SOLO: A STAR WARS STORY, an all-new adventure with the most beloved scoundrel in the galaxy. Through a series of daring escapades deep within a dark and dangerous criminal underworld, Han Solo befriends his mighty future copilot Chewbacca and meets the notorious gambler Lando Calrissian, in a journey that will set the course of one of the Star Wars saga’s most unlikely heroes. 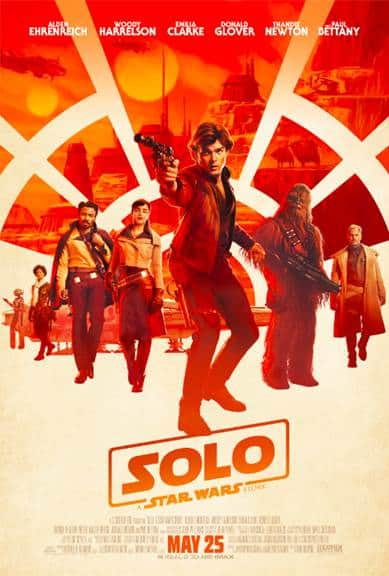 I have to admit that Solo has always been my favorite Star Wars character. This movie means so much to my family. It’s my childhood. I’m beyond excited to go to the red carpet event for it and report back here for you guys. This is the first time in history that 25 bloggers have been invited to attend the red carpet for a Star Wars movie. It’s going to be amazing. You’ll want to tune in as I share live video on facebook in real time at the Star Wars red carpet so be looking for that on my facebook page  and twitter here. Then grab my Solo Printables and check out how the trip would go here. Here’s my red carpet post, my General Hospital post in case you’re interested and my Solo review. So go get caught up on Solo! 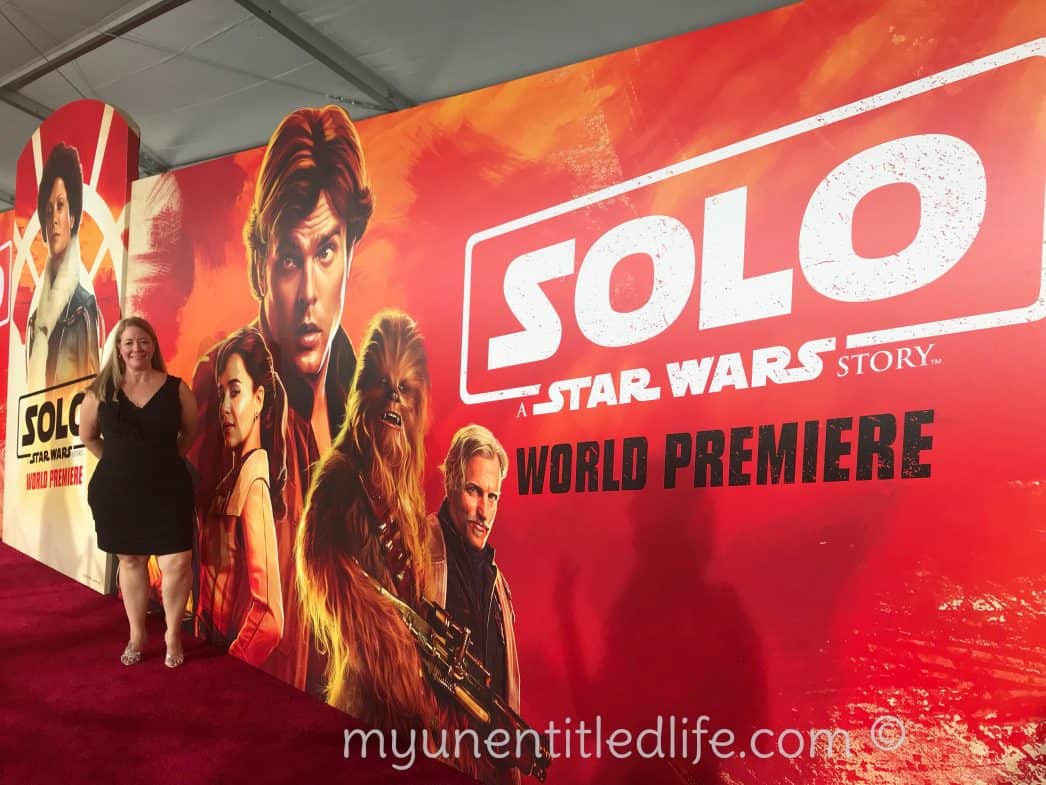