Rachel plays Topaz on Thor:Ragnarok. She’s a mean character and that’s not something she enjoys playing. Why not meet and enjoy my interview with Rachel House of Thor: Ragnarok.

My interview with Rachel House of Thor Ragnarok 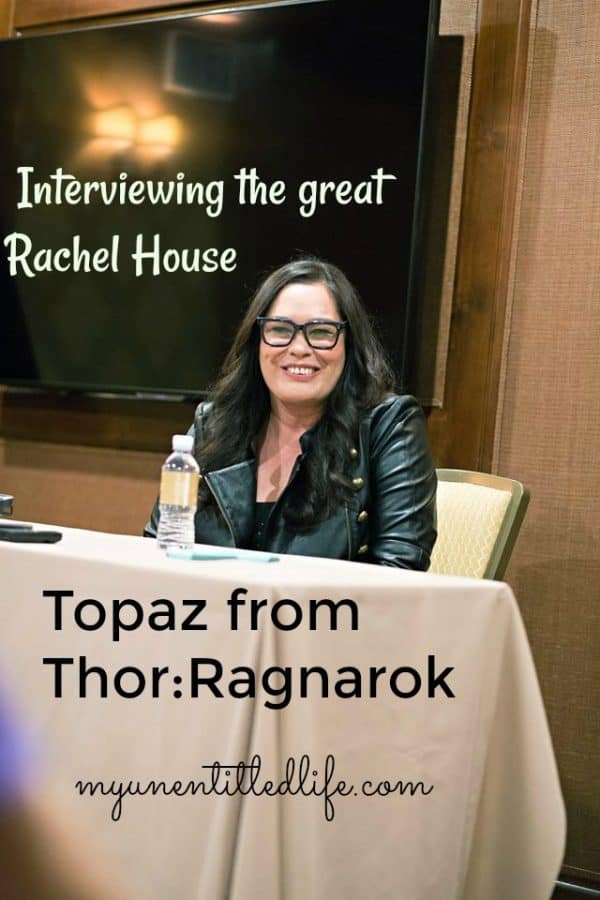 How hard was it to keep a straight face with all that hilarious stuff happening?

I’ve worked with Taika before and I’m pretty good at keeping a straight face. The other actors were losing it. You don’t even see half the improvisation that we did.

What was your favorite scene that didn’t make it into the film?

There was a lot and there will be a gag reel that will go on the dvd. There was a whole thing about writing out a check. That was so funny. You’ll probably see them on the dvd.

Jeff did this whole song and he made it up and it was great. He just kept expanding on it. He’s a wonderful jazz musician anyway. I was his back up. That didn’t make it in. I loved it.

What was your favorite part of working with Taika?

On our independent films I’ve done with him they were on short schedules. We had like 5 weeks. The scale on this one was much bigger and we got to play on this one.

You made us laugh and cry in Moana. What was it like transforming into this character?

It was easyish. It’s the very mean kind of character that Taika loves for me to play. I think he enjoys it knowing how nice I am.

How did you get approached for this film? Did he come straight to you?

No, I had to do a top secret audition through my agent. She said it’s for Marvel and I said well it’s Taika. She said oh of couse it is. Then I got a very droll email from Taika saying oh btw you got the part.

How did you get involved with Taika in the first place?

I met him when he was 17. He was in a play and I saw it. He was the best thing about it. I told him how great he was. He’s so honest

How long did it take you in the make up chair everyday?

Not as long as you would think. Maybe about an hour.

Were you familiar with the Marvel comics? Did you research it at all?

No. I watched a lot of the Marvel films. I got familiar with the universe. I couldn’t see them all. Everyone asks who my favorite avenger is and I haven’t seen it. I should have said Thor.

What did you think watching the film?

It was so Taika. It just has his unique brand of humor.  Korg was so great.

Do you have any favorite one liners?

Is there backstory where you have all that beef with Valkyrie?

Yes, there’s so much more.  Just that little moment where we just started doing it naturally. We were just trying to out warrior each other.

Did you get along with Tessa in real life?

Yes she’s a darling. She’s in my favorite movie and I didn’t even know it. I don’t google the people I work with because I don’t want to deal with all that pressure. But once I found out it was her I started googling.

How much was scripted and ad-libbed? Did a lot of the ad-libbed make it in?

Not very much ad-libbed made it in. Most of it was scripted actually.

Was it intimidating to step into the Marvel Universe?

YES. You get over it really quickly. There’s so many wonderful people involved and they’re just people. Really talented people. The intimidation didn’t last. 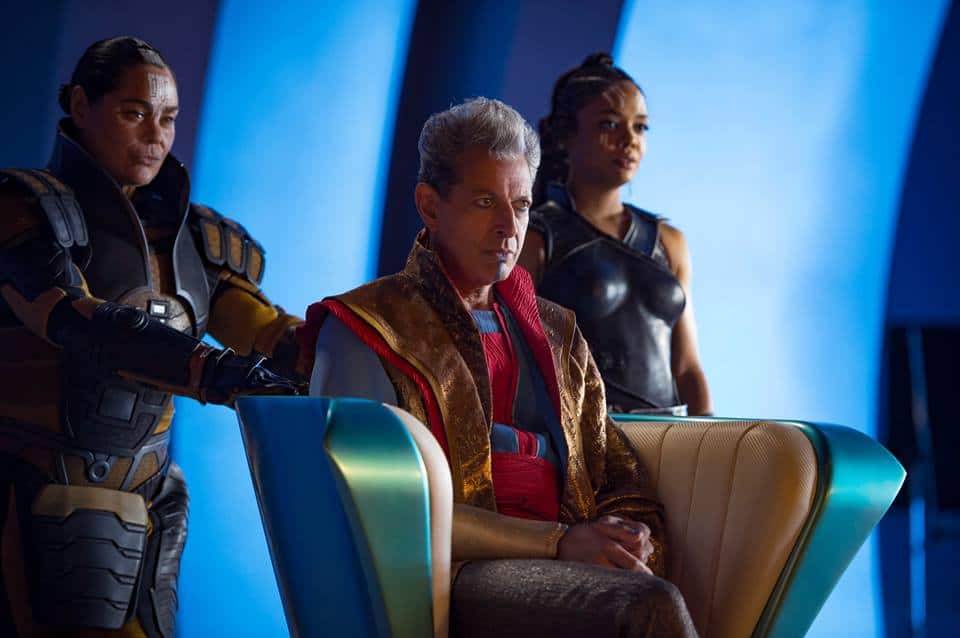 Will we see you again in any more Marvel?

What was most challenging as a performer on set?

My costume was the most challenging. it was really stiff. It’s beautifully made but it was very hard to move in.

You’ve been coined as Taika’s good luck charm. How do you feel about that?

Not good when you put that in reverse it’s just scary. What if it bombs? Ya know?

She was so funny and charming to interview. We really enjoyed chatting with her like we were enjoying coffee with a friend.

Now let’s see what the Thor Ragnarok movie is about

This Thor trailer is everything you’ve wanted to see and more!

And they will make you excited to screen the movie. 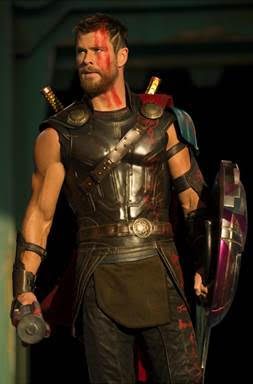 Check out my other posts on Thor.!