Last year my son, mom and I traveled to Rome, Italy as a graduation trip for my son graduating high school. I know right how is it possible that I have a high school graduate? You’re too kind! We looked online to find things to do in Rome. There is just so many things to do there. The places I went to were so amazing and beautiful. We got a hotel by the subway terminal. We rode the subway everywhere we needed to go and most places were within a mile or two by walking. We definitely got our steps in on this trip. I bet we walked 12-19000 steps a day. But it was so awesome and worth it!

Here’s some of the places we went to in Rome. 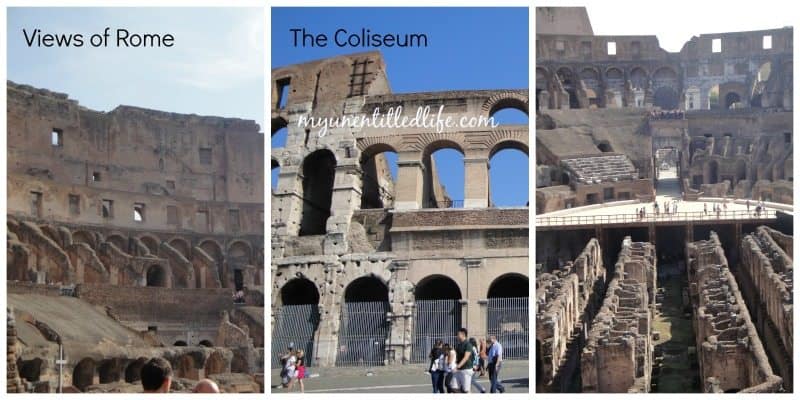 My son and I acting silly in the Coliseum. This is truly a vast and large historical building with so much rich history. From gladiators fighting to slaves being bought and sold there is much to learn about in Rome. Talk about a walk through history. 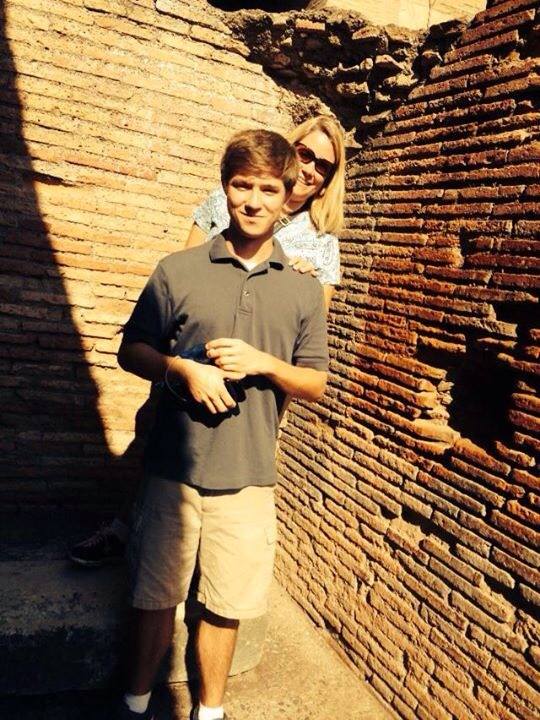 This was outside the Coliseum where you can see the fences up where they were restoring parts of it. There were many areas we weren’t able to go through. But rest assured the place is so big that you’d still see plenty of the Coliseum. 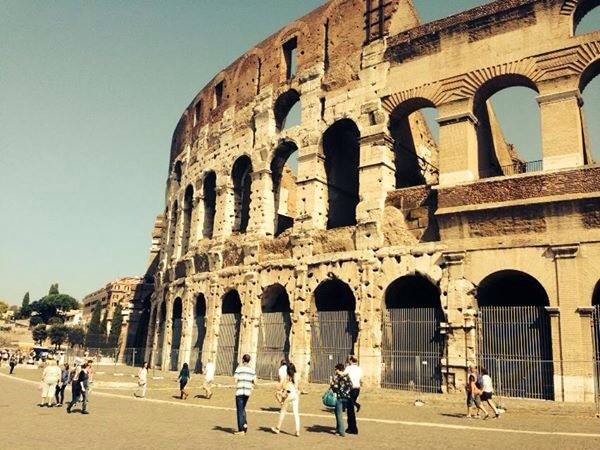 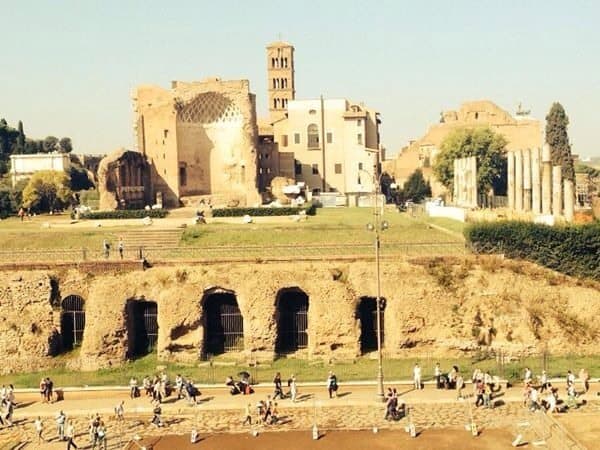 The Forum is the place that the town met to discuss business and the bath houses were located here too.

So beautiful the hills that surround the Forum was a great spot for families and couples to take photos and picnic with some sandwiches and wine. 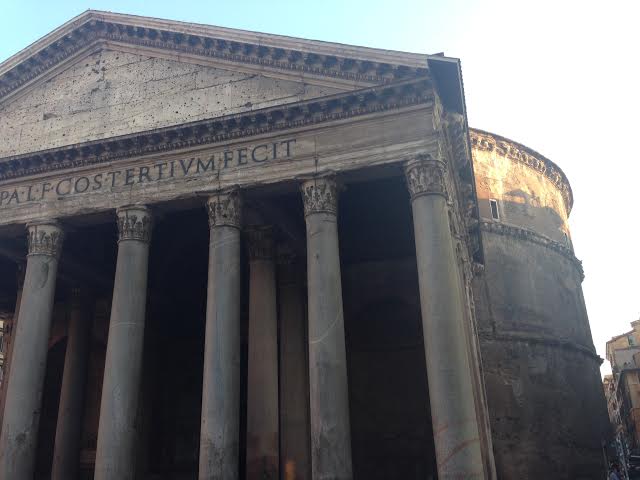 We visited the Pantheon twice. The first time we went on a Saturday night I believe. They were holding a church service there that night. Visitors aren’t allowed in then. So we were in awe of the building and took photos outside and bought some trinkets for our family back home. It’s amazing to think that this building was first built before Christ. Then there was a fire so they had to build it again in like AD 300. I believe. 1700 years ago it was rebuilt. Unreal! 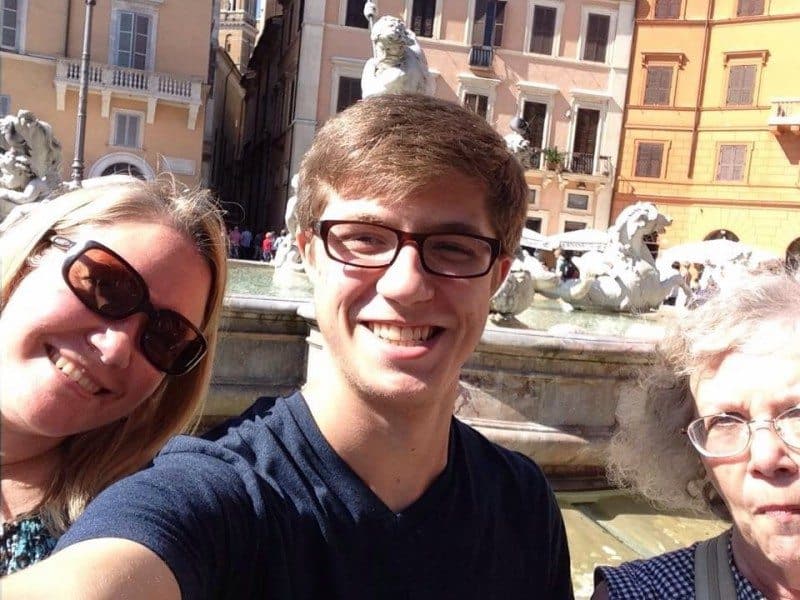 There were tons of beautiful churches and fountains everywhere. We saw Trevvi fountain. It had no water in it but it was still beautiful even while they were restoring it. Nearly every piazza we visited there was a fountain and many churches surrounding it. Rome is such a beautiful place that couples or families would enjoy every second. The only part I didn’t enjoy was the plane ride there and back.