I was given a copy of Enders Copy to facilitate the writing of this review. 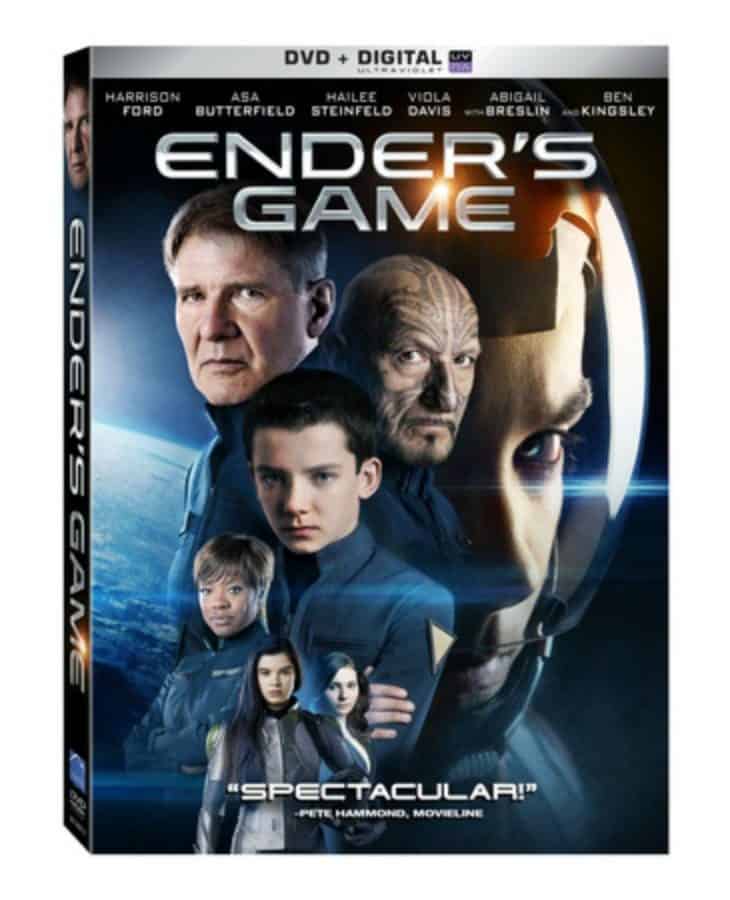 We had family movie night the other night and we all watched the Ender’s Game. It was a true action packed adventure. The visual effects were great. This movie is rated PG 13 for some violence and action. It had an all star cast that drew the whole family in. Harrison Ford, Viola Davis and Bens Kingsley for us older folks. Abigail Breslin, Hailee Steinfield and  Asa Butterfield for the younger set. What I liked about it? I liked that it had a “hero” that my 11 year old son could relate too. He wanted to be the strong one with an equally strong mind. He was talking about the movie the next day and you could see him thinking about the characters. That tells you how well the characters were done in this story. Wondering what the movie is about exactly? It’s about our planet, Earth, preparing for an alien invasion. They nominate a young bright boy with a brilliant mind to command the Earth’s army and to fight for the future of the human race.

Curious to see what Ender’s Game is all about? Check out the trailer below.

In the near future, a hostile alien race called the Formics has attacked Earth. If not for the legendary heroics of International Fleet Commander Mazer Rackham (Kingsley), all would have been lost. In preparation for the next attack, the highly esteemed Colonel Hyrum Graff (Ford) and the International Military are training only the best young children to find the next great leader. Ender Wiggin (Butterfield), a shy, but strategically brilliant boy is pulled out of his school to join the elite. Arriving at Battle School, Ender quickly and easily masters increasingly difficult war games, distinguishing himself and winning respect amongst his peers. Ender is soon ordained by Graff as the military’s next great hope, resulting in his promotion to Command School. Once there, he’s trained by Mazer Rackham, himself, to lead his fellow soldiers into an epic battle that will determine the future of Earth and save the human race.

“Academy Award®” is the registered trademark and service mark of the Academy of Motion Picture Arts and Sciences.